Director Provider Network, Medstar Family Choice District of Columbia
Carl L. Chapman, Sr. is the Director Provider Networks for MedStar Family Choice-DC. Carl is a health care professional with 25 years of experience. As Director Provider Networks, Carl is responsible for developing and maintaining strong business relationships with network providers, administrators and internal business partners. His responsibilities also include directing and leading all aspects of the provider network strategy including enrollee access to providers, network operations and contract language/reimbursement. Prior to joining MedStar Family Choice-DC, Carl worked with other organizations within the managed care arena. Most of his career was spent with the AmeriHealth Caritas Family of Companies in various managerial roles within the claims and provider network management departments.

President, Richman Community Capital LLC
Benjamin has built a 25-year career in real estate with a diverse set of professional experiences in brokerage, lending, fund management and acquisitions. For the last 13 years he has been focused on the preservation of affordable housing. Most recently, he has been tasked with leading all investment efforts for Richman Community Capital, a new platform of The Richman Group, that will acquire use-restricted, affordable, naturally occurring affordable and workforce housing communities throughout the United States. Before joining Richman, he was responsible for a team of acquisition professionals which sourced, negotiated and closed more than 80 transactions totaling $1.8 billion in affordable, workforce and market-rate multifamily housing.

Monica is responsible for developing strategies and implementing customer experience solutions that transform operations through digital technology, culture, and processes to deliver business- based outcomes. Her vision, expertise, and dynamic leadership in business performance have driven notable enterprise growth in the technology sectors and she brings valuable insight and knowledge regarding the leadership and management challenges faced by growing companies and brands.

Monica is the creator and sponsor of Women of Influence, a program designed to empower women within Verizon, she provides the opportunity for participants to unlock their own leadership potential that sets them on a course for continued success. Monica sits on the Board of Directors as Vice Chair for Envision Lead Grow, a non-profit organization dedicated to breaking the cycle of poverty by sharing the power of entrepreneurship with girls and young women. She also sits on the Board of Directors of the Greater Washington Urban League, whose mission is to increase the economic and political empowerment of historically vulnerable and diverse populations.

Shareholder at Greenberg Traurig, LLP
Johnine Barnes, Shareholder and Chair of the Washington, DC Labor and Employment Practice Group of Greenberg Traurig LLP, is a graduate of Case Western Reserve University (magna cum laude 1992) and School of Law (1995). Johnine has been listed in Lawdragon 500Leading Lawyers in America (2020-2022) and Leading U.S. Corporate Employment Lawyers (2020-2021), The National’s Most Powerful Employment Lawyers – Top 100 byLawdragon and Human Resources Executive® magazine 2019, recognized as a “Women Worth Watching” by Profiles in Diversity Journal 2018, listed in Washington, D.C. Super Lawyers (2012- 2013, 2015-2021), listed in The Legal 500 United States, “Labor and Employment,” (2013-2016, 2018-2021) and recognized as Outstanding Outside Counsel of the Year by the National Bar Association’s Commercial Law Section.

In addition to her law practice, Johnine is a Board Member of the University of the District of Columbia Law School Foundation, Fellow of the American Bar Foundation, member of the International Women’s Forum (Washington, DC)(Membership Committee), a member of the American Bar Association (former member ABA Standing Committee on the Federal Judiciary), the National Bar Association (former General Counsel), the Barristers, the US Chamber of Commerce Labor Relations Committee Independent Contractor Task Force, American Employment Law Council, the District of Columbia Bar Association and Delta Sigma Theta Sorority, Inc. (National Council of Legal Advisors).

Senior Vice President, Omydiar Network
As Omidyar Network’s first Senior Vice President of Programs, Jawando oversees the global mission of the program teams of its three Impact Themes: Responsible Technology, Reimagining Capitalism, and Pluralism as Omidyar Network attempts to tackle the biggest, most intractable challenges facing the planet in the decades ahead. Before joining Omidyar Network, Michele Jawando was the Head of US Strategic Engagement and Public Policy Partnerships at Google. As an executive leader and senior member of their Public Policy team, she was responsible for developing strategic relationships and partnerships with elected officials, think tanks, nonprofits, and thought leaders across the US. Prior to Google, Michele Jawando served as Vice President at the Center for American Progress, a think tank dedicated to improving the lives of Americans through progressive ideas and action. Michele has also served as General Counsel and Senior Advisor to United States Senator Kirsten Gillibrand (D-NY) and Foreign Relations Chair, Congressman Gregory Meeks, where she spearheaded bipartisan legislative achievements on behalf of each of the members, including passage of the James Zadroga 9/11 Health and Compensation Act, the Don’t Ask, Don’t Tell Repeal Act ( DADT), and the confirmations of Supreme Court Justices Sonia Sotomayor and Elena Kagan among others.

She holds a Bachelor of Arts degree from Hampton University, and earned her Juris Doctorate from the University Of North Carolina Chapel Hill School Of Law.

Assistant Vice President of External Affairs at Howard University
Paul previously served as director of the Community Relations Service at the U.S. Department of Justice. Created by the Civil Rights Act of 1964 and expanded by the 2009 Shepard/Byrd Hate Crimes Prevention Act, CRS deploys skilled mediators to mitigate community tensions based on race, color, national origin, sexual orientation, religion, and disability. As national director of AmeriCorps VISTA (Volunteers in Service to America) at the Corporation for National and Community Service, Paul led the effort to mark its 50th anniversary. Organized in 1965, VISTA was designed as the domestic counterpart to the Peace Corps where Americans from all walks of life commit to a year of full-time volunteer service at a nonprofit organization or public agency and focus on capacity- building efforts such as grant writing, volunteer recruitment, and fundraising.

He was a part of Harvard University’s Saguero Seminar to help draft the “Closing the Opportunity Gap” report – a nonpartisan white paper distilling the best public policy ideas to help break the cycle of inter-generational poverty. Paul was previously an ex officio member of the National Counter Terrorism Center’s Heritage Council. In 2013, he was awarded a citation from the National Security Council for his work on a range of international Administration priorities including the Global Entrepreneurship Summit, refugee resettlement and other humanitarian interventions, and countering violent extremism.

He is a member of the Board of Governors of Wesley Theological Seminary and a former fellow in the Marshall-Brennan Constitutional Literacy Project where he spent a year instructing middle school students on the tenets and everyday relevance of the Constitution.

Founder and President of eMedical Sentry
Steven Myers, MS serves as President of eMedical Sentry a Telehealth Remote Patient Monitoring service that optimizes patient care using augmented intelligence to improve patient longevity and quality of life. eMedicalSentry is dedicated to bridging the gap in health disparities using technology and has successfully helped reduce hospital readmission rates from 24% to 9% in patients with Congestive Heart Failure. Steven’s career experience includes sales and marketing positions in the cardiac implantable device market with fortune 500 companies such as Medtronic and St Jude Medical. He has a Masters of Science degree in Health Informatics and Analytics from George Washington Univ., in Wash., DC. He is dedicated to community service through his local church and fraternity. Steven enjoys outdoor activities including golf and tennis. He resides in Gaithersburg, MD with his wife and has three children.

GIVE Lead, Chief Financial Officer, Kingdom Fellowship AME Church
Loxley O’Connor is an experienced professional who has provided accounting, financial advisory, and deal structuring services to companies and individuals over the last thirty-seven (37) years. His work includes identifying economically viable opportunities, structuring and negotiating acquisition deals, preparing business plans and financial packages, securing loans, as well as supporting the raising of capital. In the last five years he has been involved in land acquisitions for development, acquisition, renovation and operations of multiple commercial office buildings, construction and development ventures from $45 to $65 million. In that time he has also Chaired or served on three Community Development Corporations and other 501 C3 organizations. He had a thirteen-year professional career at Price Waterhouse/Coopers and Lybrand CPA’s. At these firms, he provided consulting and advisory services, financial and operational audits for both national and international clients. Loxley graduated from Howard University with a BBA in Accounting and the Capital Bible Seminary with a Master of Divinity.

GO Lead, Executive Director, Kingdom Global Community Development Corporation
A creative and visionary executive professional with over 20 years of progressive experience managing and monitoring human service, workforce development and education programs and services. Demonstrated expertise and knowledge in performance accountability, program development, implementation and evaluation, volunteer management, community engagement, grant writing and management. Kendra is a relational leader with a servant’s heart that understands the critical importance of collaboration and partnership. As such, she has established strategic partnerships with over ten organizations that has leveraged Kingdom Fellowship’s resources and expanded organizational capacity for programs and services to meet the needs of the most
vulnerable populations. She also established the East County Services Consolidation Hub in partnership with the Montgomery County Department of Health and Human Services. She is the 2021 Recipient of the 37th Annual Governor’s Service Award in the Faith-Based Category for the State of Maryland.

Founding Senior Pastor, Kingdom Fellowship AME Church
Founding Senior Pastor Kingdom Fellowship AME Church in Silver Spring, MD which is one of the largest churches in its’ denomination with over 5000 members. A gifted preacher, lecturer and author, he is globally recognized as an innovative thinker who constantly explores new ways to reach the unsaved and affect God’s Great Commission. In 2006, he led the charge in opening Reid Temple’s second worship center where he served as the Managing Minister to over 4000 members. Both locations comprise the largest A.M.E. church in the denomination with a total membership that exceeds 12,000 congregants. Every Sunday all seven services from both campuses are broadcast live at www.reidtemple.org.

Rev. Watley is currently pursuing his Doctorate in Executive Leadership from The George Washington University and serving as an Adjunct Professor at Georgetown University’s McDonough School of Business, where he received his Executive Masters in Leadership. He holds a BA in Political Science and a Masters of Divinity from Howard University in Washington, D.C., where he was a member of the university’s Board of Trustees as a graduate student.

Married to the former Shawna Francis, Senior Policy Advisor with Holland & Knight LLP, they are the proud parents of a beautiful daughter, Alexandra Elizabeth. In 2012, Rev. Watley and his wife were part of the producing team of the Broadway Stage Play, Stick Fly, which received several Tony Nominations.

Concerning these and other accomplishments, he submits that the challenge of servant-leadership is not to win acclaim or to amass honor, “but to do justice, to love mercy, and to walk humbly with God.” Micah 6:8

How Can You Join the Movement?

We truly appreciate your interest in serving during these challenging times. There are several ways you can get involved. 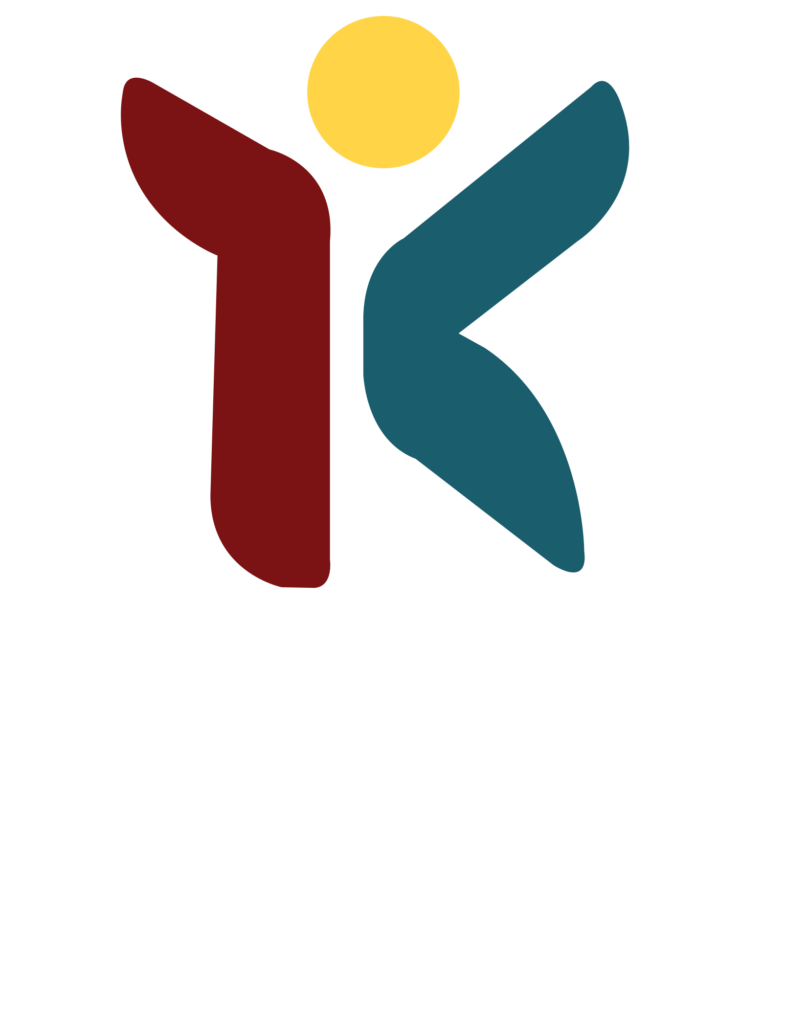